Boxing Is The Best Sport On The Planet, But Who Watches It? 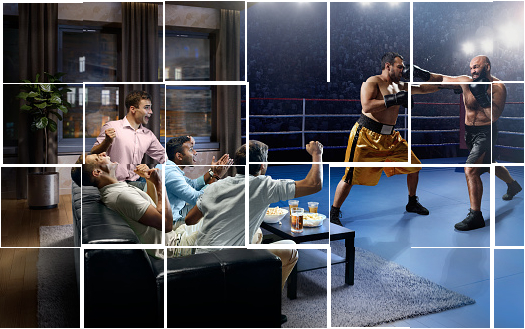 It would seem that in 2008, energy and excitement almost disappeared in boxing. It seems not so bad, but it gets uncomfortable when everyone is not worried about it.

The popularity of boxing in the world is falling rather quickly. The peak of the popularity of this sport was in the early and mid-80s of the 20th century. Boxing became popular in many ways thanks to the professional exploits of Muhammad Ali and the 1976 Olympic team with Ray Leonard, Michael Spinks, Leon Spinks, and Howard Davis Jr. These names became fundamental in boxing, which opened boxing to a wide audience. Later he became aware of Duran, Arguello, Hagler, Hearns, and Paes. In the era of the coronavirus pandemic, after all, boxing began to gain momentum again.

In 1981, Hearns vs. Leonard was the first paid-to-view boxing match. It was a remarkable moment in the history of TV and boxing. He started superfights with big fees. 17 years after that, De La Hoya vs. Mayweather earned a record $ 120 million in paid views.

Let"s call a spade a spade. Boxers are not entirely law-abiding citizens. It"s hard to hide your not-so-dignified behavior on the Internet. This makes the boxer practically uncompetitive in today"s world, where tolerance and political correctness reign supreme.

Today"s boxing is teeming with vulgar press conferences. Glances often turn into fistfights, verbal skirmishes - into continuous swearing, filled with obscene language, and someone"s environment is going to fight at the weigh-in, if not in the ring, then in the parking lot. It may seem like a joke to someone, but it seems that boxing once had better times.

This is boxing at its best. And he cannot but cause a stir.

Boxers are not as stupid as many might think. Many boxers are well aware that the surest way to go broke after boxing is to box further and get fewer punches. This is simply unacceptable and bad for sports.

The most significant title in boxing is the world heavyweight champion. But watching such athletes" fights is not very interesting - 1 hit, hug, 1 hit, hug; there is no excitement at all.

MMA, WWE, Kimbo Slice, and youtube.com are gaining momentum every day. There is a large enough demand for violence in the world to satisfy it. In this respect, everything is fine with boxing - there is nothing better than a good boxing match. There is a lot of room for controversy and imagination.